Why Does Marijuana Give You The Munchies? 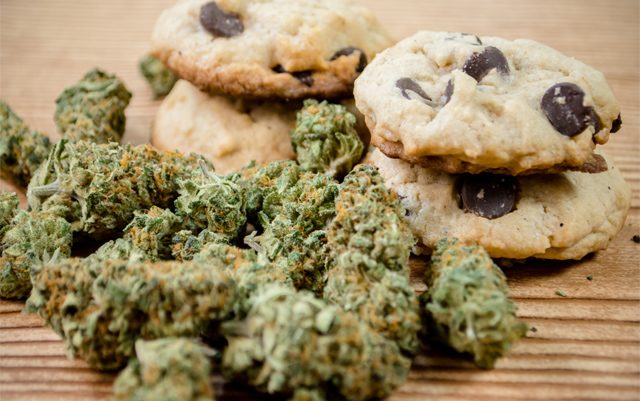 Chips, chicken wings, perhaps some White Castle? We already know that activating the cannabinoid receptor 1 (CB1R) contributes to that uncontrollable urge to snack. And now, according to a new study published in Nature this week, the munchies are partly driven by neurons that, oddly enough, normally work to suppress your appetite.

“It’s like pressing a car’s brakes and accelerating instead,” Yale’s Tamas Horvath says in a news release. “We were surprised to find that the neurons we thought were responsible for shutting down eating, were suddenly being activated and promoting hunger, even when you are full. It fools the brain’s central feeding system.”

Previous studies have found that a group of brain cells called pro-opiomelanocortin (POMC) neurons play key roles in preventing you from overeating. Researchers suspect that the signals that promote feeding must result in a reduction of POMC neuronal activity — turns out, it’s not so clear cut.

To monitor the brain circuitry that promotes eating, Horvath and an international team of researchers manipulated the pathway that mediates marijuana’s actions on the brains of mice. Unexpectedly, the hunger-suppressing neurons showed enhanced activity during the mice’s cannabinoid-induced feeding. “By observing how the appetite centre of the brain responds to marijuana,” Horvath explains, “we were able to see what drives the hunger brought about by cannabis and how that same mechanism that normally turns off feeding becomes a driver of eating.”
The feeding signals triggered by CB1R activation, they found, promote the activity of POMC neurons, causing them to release chemicals that are different than those that are normally produced to promote satiety, that feeling of being full.

Feeding behaviour driven by these neurons is just one mode of action that involves CB1R signalling, Horvath adds, and his team is looking into whether this mechanism is also the key to getting high. Understanding why we become hungry when we’re comfortably satiated could also help researchers who are looking for a way to suppress hungriness as well as to stimulate it — for example in patients who lose their appetite during treatment.