Is LSD Making a Comeback? Acid Use on the Rise as Prices Hit Rock Bottom 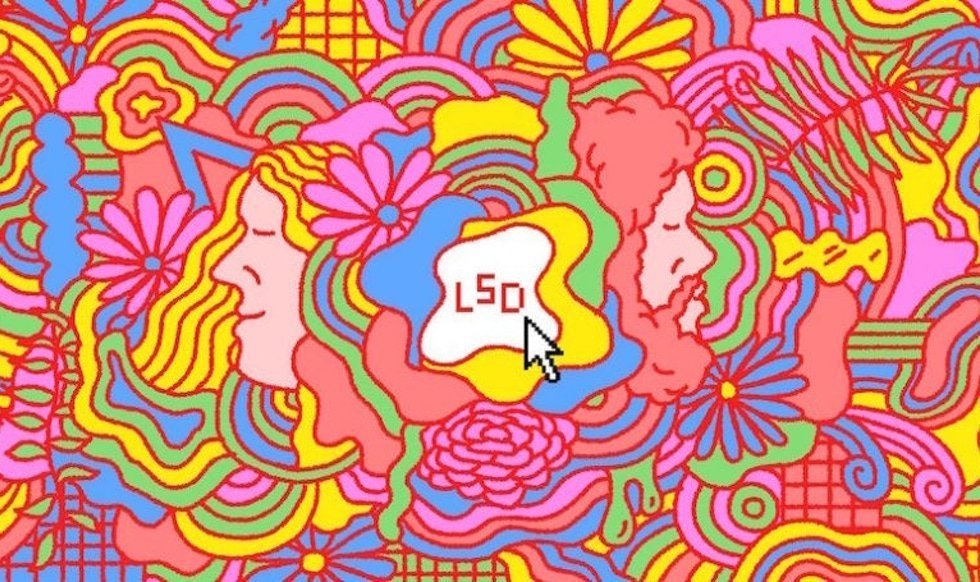 The drug, which was favoured in the 1960s and 1970s and again in the 1990s, is seeing another resurgence. Despite recent trends for cocaine and MDMA, LSD usage is becoming more common in recent years.

LSD – which abbreviates the chemical name lysergic acid diethylamide – is a powerful hallucinogenic drug, it causes users to experience a distorted version of reality. As well as seeing and hearing things that aren’t there, perceptions of time and movement can appear to speed up or slow down. Experiences with acid – commonly referred to as a trip – are pretty unpredictable and though some are pleasant, others are frightening and confusing. Metro.co.uk got in touch with Gary Sutton, Head of Drug Services at Release – the national centre of expertise on drugs and drugs law – for his insight into the apparent trend.
He told us: ‘Certain drugs appear to go in and out of fashion, there is no simple explanation for this.

‘Fluctuations in use levels of different substances is incredibly difficult to dissect, being wrapped up in availability, price, purity, drug combination effects and cultural trends, among many other factors.’

Sutton added that he believes the hike in LSD use to be ‘minor’.

‘Talk of a so-called ‘resurgence’ in LSD use appears to be anecdotal. The most recent figures on drug use in England and Wales do show an increase in prevalence rates among adults and young people, but this is only minor,’ he added.

‘What’s more, within this rise key factors such as geographical variance and different use trends among different population groups need to be taken into account.’ Prices vary, but if bought in bulk online, the small acid tabs can cost as little as 50p. Purchases are often made by hard-to-trace Bitcoin on the Dark Web. During the inquest following the death of Nick Cave’s son Arthur, who fell from a cliff in Brighton after taking LSD, an expert said: ‘It’s more popular now than many people are aware.’

Amber Crampton, a clinical scientist, added: ‘I don’t imagine it’s too difficult to get hold of in Brighton.’