Psychedelic Research: A Look Into The Past, Present, And Future 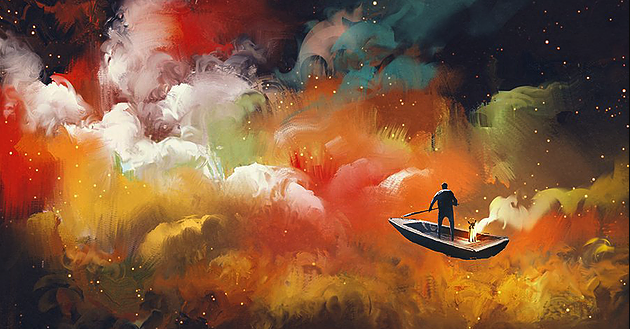 [vc_row][vc_column][vc_column_text]Psychedelics, in particular, are nothing new to human history and have served as catalysts and vehicles of consciousness in many cultures and societies. Walsh (2003) lists various examples in his article, Entheogens: True or False?

Historical examples include Hinduism’s soma, the Zoroastrian haoma, the Australian Aboriginals’ Pituri, Zen’s tea, the kykeon of the Greek Eleusinian mysteries (Smith, 1964), and the wine of Dionysus Eleutherios (Dionysius the Liberator) (Marrero, 2003).

Unfortunately, despite the historical precedence and prevalence of psychedelic usage in various societal structures throughout history, research on psychedelics in the United States in the 20th century has endured a rather extreme bias that has stymied any significant studies from exploring promising findings. Since the crackdown of the 1960s, we’ve relied upon the wisps of the research and implications of forerunners like Timothy Leary and Richard Alpert (Ram Dass) who created a great interest in psychedelic usage and their broad implications from an academic standpoint in the U.S merely scratched the surface of the potential of positive psychedelic usage in the future. Shortly after Albert Hoffman’s accidental discovery of the psychoactive properties of LSD in 1943, the US government quickly jumped on the scene to put a silent lid on the new drug and create a monopoly of it for their own purposes. The CIA took the lead in this department during a tumultuous second half of the 20th century and the Cold War frenzy that captivated the world.

Their early dealings with LSD and more were uncovered thanks to FOIA (the Freedom of Information Act) in 1967 the form of redacted documents. These accounts were compiled and can be found in both John Mark’s book, The Search for the “Manchurian Candidate” and Martin A. Lee & Bruce Shlain’s, Acid Dreams: The CIA, LSD, and the Sixties Rebellion.

During the early years of the US government monopolizing LSD, CIA agents were known to play a game in which they would randomly slip doses of the drug in each other’s drinks during the work day as a gag. Events such as the unfortunate death by suicide of CIA agent Frank Olsen highlighted the very avant-garde nature of the department in how it went about observing the effects of LSD on unwitting subjects at times even experimenting on the public.

Ironically, LSD did the exact opposite of what was envisioned by our government. As more and more people began to experiment with LSD in the 1960s, what was initially intended to be a mind control and/or performance-enhancing drug, became a synthetic vessel for the expansion of consciousness and a vehicle for a new wave of social revolution.

To make matters more interesting, the introduction of psilocybin mushrooms into American culture in 1957 thanks to the first-hand experiential account of prominent banker R. Gordon Wasson offered a more natural alternative form of psychedelic to the melting pot of 1960s mental expansion. Thus US political fervour demonized psychedelics. It was no longer something exclusively within their control and thus the US government put a ban on these class of drugs despite many very promising therapeutic potentials displayed in academic and clinical research of that era.

Now almost 50 years later, we are approaching a new renaissance regarding psychedelic research and exploring their potentials as a society. From psilocybin to salvia, DMT to MDMA, new research is describing benefits of these class of drugs as holding exciting new therapeutic approaches to curing addictions and substance abuse, reducing feelings of depression and suicide, general anxiety disorders, and PTSD, as well as serving catalysts for innovating problem-solving via microdosing. Furthermore, psychedelics all have the potential yet no guarantee to serve as entheogens, a term meaning “revealers of the God within” (Walsh, 2003, p. 1).

We have more and more institutions, organizations, and even universities now taking a strong interest in psychedelic research. Universities like Sofia University are offering graduate-level courses in psychedelics research and are receiving a strong showing from a very interested and growing student body. Organizations such as MAPS (Multidisciplinary Association of Psychedelic Studies) are conducting groundbreaking research with MDMA and even well-known schools like NYU, Yale, Johns Hopkins are involved in clinical trials using psilocybin mushrooms to treat various conditions. The Harbor-U.C.L.A. Medical Center and the University of New Mexico are also at the forefront of this movement as well.

Time will tell what the future holds in this field of study in the United States. Despite the many hiccups along the way, the horizon is looking very bright for better scientific integration of psychedelics in Western medicine.

Christopher is a Maryland native, a yoga teacher, and a graduate student at Sofia University pursuing an M.A. in Transpersonal Psychology. His current research interest revolves around psychosomatic healing, esoteric anatomy, dreamwork, and psychedelics. In his spare time, he enjoys doing yoga, writing poetry, and performing music.