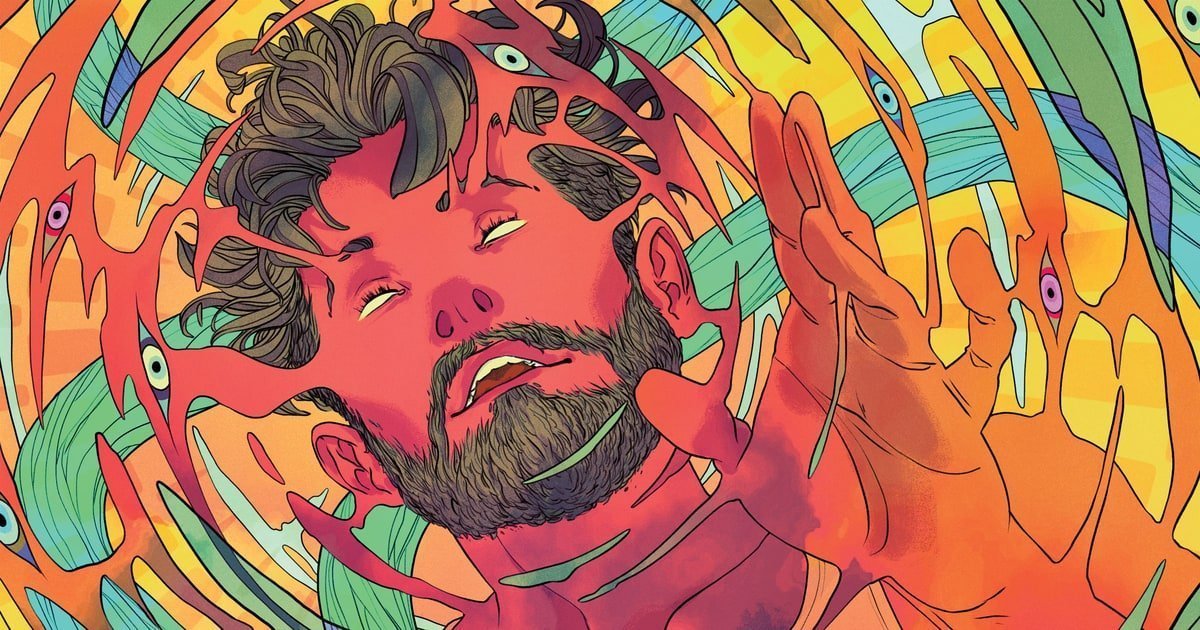 As I write this I am consciously aware that I will give birth to more questions than answers, Yet I feel it is crucial and sane to open up the discussion on psychedelics into a new area of possibilities and understanding.

I do feel that it is more important not to shy away from a question than not to shy away from an answer. Fora on psychedelics are still a bit underground. The topic is still shrouded in misconceptions, taboo and fear. The public eye remains reticent and reserved about the subject, if not downright judgmental.

Hence with limited scientific research and not-yet-so-open public discussion – the subject of psychedelics has a bit of an arrested development issue. We need to throw in a lifeline and allow it to emerge healthily into our global consciousness through inter-community sharing of ideas and experiences (not the less from the scientific community).

Through this article I would like to indulge myself into a bit of speculation – something I do not often do – and provoke some thought with questions which although I’m sure to have been asked before, was perhaps not articulated on a public platform.

For centuries, possibly millennia, entheogens like Ayahuasca were and are considered as sacred medicine. For those who have experienced the magic of the plant know about the healing and cleansing power, it has at the biological, psychological and spiritual level. Yet there is more. Limited but steady scientific research on Psychedelics like DMT and Psilocybin are uncovering (well confirming rather) a series of curative powers : From the total dissolution of deep-seated addictions, traumas & depression, to integration & deep learning of new positive traits, emotional strength and openness for terminally ill patients to the alleviation of a host of physical & mental ailments and conditions.

This is just the beginning. Resurgence of research on psychedelics started in the mid-2000s and is still pretty limited. The results from studies we have till now are already pretty astonishing and one can’t help thinking that we are still scratching the tip of the iceberg.  Research has mostly been carried out on Psylocibin (magic mushrooms) and some on LSD and there remains others Psychedelics to study like Ayahuasca and Iboga among others.

So what is all this telling us? How big is the bigger picture? Have we been painstakingly trying to synthesise miracle drugs in the lab when they were available in nature all the while? (and we even demonised them?) Can they be the cure-all power medicine we are still denying?

But let me entertain you with one more possibility. Are Psychedelics medicine from the future?… and Yes I know how it sounds but as Einstein put it “Ask an impertinent question and you are on your way to the pertinent answer”. I always had this strong inkling (with reference to natural DMT) that it is not a result of natural evolution but a highly sophisticated engineered molecule from an advanced Science or one that is in the future relative to us. It may come across as a wild claim without any evidence to support it, but let’s keep in mind that lots of important discoveries were fuelled by wild imagination, impertinent questions and directing attention to places we would otherwise completely ignore. Let’s start thinking differently, shall we?

Are Psychedelics the Cure for the Neurosis of Modern Man?

Whatever comes out from further scientific studies, it is already evident from the knowledge and experiences we have so far that Psychedelics are THE drug for the condition of modern man – Neurosis. To quote Carl Jung:

“[Contemporary man] is blind to the fact that, with all his rationality and efficiency, he is possessed by “powers” that are beyond his control. His gods and demons have not disappeared at all; they have merely got new names. They keep him on the run with restlessness, vague apprehensions, psychological complications, an insatiable need for pills, alcohol, tobacco, food — and, above all, a large array of neuroses.” Carl Jung, Man and His Symbols, p.82

The emergence of neurosis in modern man is according to Jung, a ‘Schism’ or disconnection in his Psyche – what shamans of old and present would call ‘soul loss’. Contemporary man has lost his connection with nature and spirit – the archetypes of which emerge in our subconscious through dreams. In both Psychology & Medicine, there has been numerous theories, therapies and drugs aimed at alleviating Neurotic disorders such as anxiety, hysteria or obsessive-compulsive disorders among others. I am in no position to downplay efforts in this direction but let’s face it, most have been ineffective, expensive and mind-numbing as against mind-expansive (with reference to drugs such as anti-depressants).

Psychedelics, or let’s call them entheogens, have shown not only to be non-addictive and effective in curing neurotic disorders but are primarily able to open up the individual to the human experience in its totality – which brings me to the following point.

Do they have a Larger Part in the Evolution of Consciousness?

Humanity is living a situation unprecedented in all its entire history. With seven billion humans sharing a world with depleted resources, we have all come to agree that our living in unsustainable and spiralling into madness. We need to change fast and that means changing or evolving our consciousness. No amount of technological advancement can restore us back to health if it’s created from the same level of consciousness or insanity. Hence, our collective consciousness has to change before anything else.

We need to shift our mindset to remember the wisdom of the past and understand ourselves as multidimensional beings embedded in a congenial web of life rather than mechanised beings interacting with a disconnected material world. We need to free ourselves of the collective ego madness and start thinking globally and cosmically as against minding our own backyard. So how do we do this? Can History tell us something? Does Science have an answer?  I think that no amount of rhetoric, theory or technology will do the trick. Only experience does. Yes, the experience is the key – hence why Psychonaut & Philosopher Terence McKenna would talk for hours about the ‘Primacy of experience’.

The power of the psychedelics is that they expand consciousness so as to experience the full-blown totality of the multidimensional self. They are like reset buttons that wash off years of social conditioning and let us feel what it is to be a human in its full potential.  There is wisdom, humility, ecstasy, connectedness, intuition and creativity, the experience of non-duality and oneness and there is most of all the exhilaration of experiencing the Self as a whole instead of a fragmented distortion. Would that be enough for a global shift in consciousness? Ooohh yeah.

Micro-dosing: How would society change if Psychedelics were used by the masses?

OK so the last point got you entertained with the idea of seven billion people having psychedelics! Well not really, let’s be practical. But I have been musing about what would be an interesting experiment in collective consciousness.  Let me explain.

The Psychedelic fora are rife with talk about micro-dosing nowadays. What does that mean? It means administering only a fraction of the dose you would normally use for a full-blown psychedelic experience. Some people have been trying this out and recording their experiences. It seems that at the micro-dose level (LSD), you are able to get optimal mental clarity, focus, creativity and breakthrough experiences without losing your ability to function normally throughout your day. That means you can work optimally and productively, have the best conversations ever, be creative in whatever you do and exert yourself physically but getting much less tired than you normally do. You wouldn’t be immersed in visions or ecstatic & mystical experiences. You would just be yourself but several times more focused, emotionally balanced and creative.

Now imagine for the sake of an experiment that you take a community or organisation of let’s say a hundred individuals that collectively and voluntarily participate in the experiment. Each individual takes a micro-dose of say Psilocybin or LSD for a week and continues his or her normal routine. Being in an organisation or community, the participants will constantly interact and collaborate as they normally do but the interesting part would be to see the collective effect. Would there be a synergistic effect where people would enter into a more collective and inclusive mindset, working in perfect sync towards the same goals? Would heavy egos be lightened up a bit? Would the emotional wellbeing of the whole group bring about positive transformation and improve its functioning by multi-folds? More interestingly, what positive contribution would the group bring to society as a whole?

These and others are all good questions to ask if we want to explore deeper the possibilities laid out in front of us by the use of Psychedelics. Of course because of their legal status, public misinformation and fear, psychedelics are still far from being accepted in the mainstream and provided with the right institutional backup. However, I think there is a positive movement in the right direction with more interest being shown and research being done. Like any other thing, we need to keep on talking, ask the right questions and encourage mature dialogue. Hopefully, with more research being done and more pioneers boldly stepping on the podium in public fora, we will gradually cross over the bridge from mere possibilities to actual positive change.