What is Spiritual Manifestation? 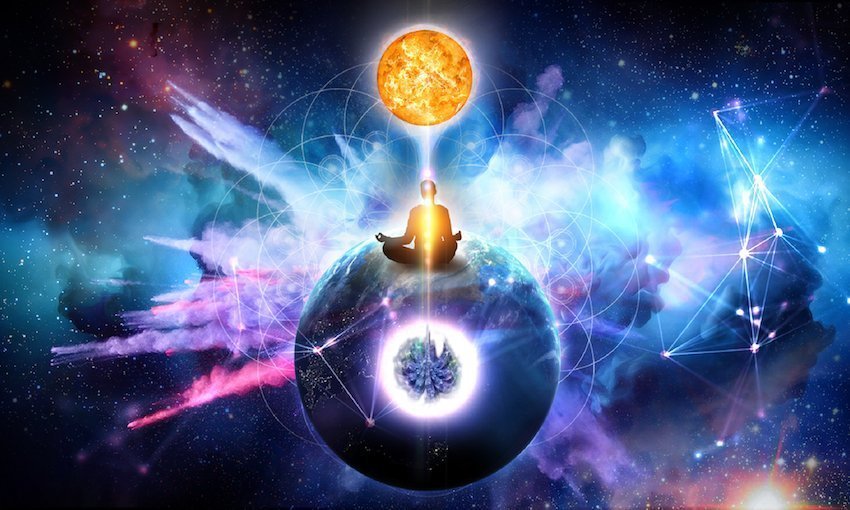 Spiritual Manifestation is the theory that through regular meditation and positive, constructive thought, you can make your dreams and desires become reality. Spiritual manifestation revolves around the New Age concept of the Law of Attraction. This idea has recently been popularized in American media by such things as the book “The Secret” and the sitcom “My Name Is Earl”. Simplified down to a single statement, the Law of Attraction states that think and act in a positive way, good thing will happen to you, but if you think and act negatively, bad things will happen to you.

This concept has been around a long, long time, from the ancient Hindu concept of “karma” to its many modern forms such as “Positive Thinking”, “Mental Science”, “Pragmatic Christianity”, “Religious and/or Divine Science”, and “Practical Metaphysics”.

There is a significant difference between these practices, however, and spiritual manifestation. While many of these practices aim for vague, random “positive things” to happen to you (as karma often does to comic effect in “My Name Is Earl”), it is aiming for much more targeted, specific results to make your dreams and desires come true.

Spiritual manifestation holds that if you really want something and truly believe it’s possible, it will happen. On the other hand, if you dwell on what you don’t want to happen, giving it lots of thought and attention, that will probably happen, too.

HOW DOES SPIRITUAL MANIFESTATION WORK?

Spiritual manifestation operates on three levels: the spiritual, the psychological, and the physical. Each level requires its own explanation.

On the spiritual level, it is believed that thoughts have an energy of their own, which attracts whatever the person is thinking of. This energy itself is neither positive nor negative-it simply is. In order to harness this energy to your benefit, one must practice for things:

On the psychological level, a spiritual manifestation is considered a form of the “self-fulfilling prophecy”. If one is convinced their dreams and desires are unattainable, they will only make a half-hearted attempt, be overly receptive to any obstacles as a sign of impending failure, and eventually become discouraged and give up.

On the other hand, if one is convinced their dreams and desires are attainable, even inevitable, they will react differently. They will throw themselves into the task, working hard to achieve their dream. They will view obstacles only as temporary setbacks, a Stumbling Block rather than a Road Block, and view any sign of success as proof that their dreams are slowly becoming reality.

Finally, on a physical level, advocates of spiritual manifestation point to a potential scientific explanation for how this works. Scientifically, human thought is just a biochemical process of neurons being transferred between different synapses in the brain. However, this transfer of neurons creates an electrical current-tiny, sure, but measurable.

This electrical current also generates a tiny magnetic field. Keep in mind the brain has tens of thousands of synapses firing at any one time.

Proponents of spiritual manifestation argue that these electrical and magnetic waves carry content, not just meaningless static, although we do not yet have to tool to measure and confirm this theory. Advocates of spiritual manifestation argue that through mental training and meditation, people can control their thoughts, and thus the biochemical and bio-magnetic energy emitted by their brain waves. Although this has not yet been proven, it is an interesting scientific theory.